Kevin Trenberth is a Distinguished Scholar at the National Center of Atmospheric Research (NCAR) in Boulder and an Honorary Academic in the Department of Physics, Auckland University in Auckland, New Zealand. From New Zealand, he obtained his Sc. D. in meteorology in 1972 from Massachusetts Institute of Technology. He was a lead author of the 1995, 2001 and 2007 Scientific Assessment of Climate Change reports from the Intergovernmental Panel on Climate Change (IPCC), and shared the 2007 Nobel Peace Prize which went to the IPCC. He served from 1999 to 2006 on the Joint Scientific Committee of the World Climate Research Programme (WCRP), and chaired a number of committees for more than 20 years.

He has also served on many U.S. national committees. He is a fellow of the American Meteorological Society (AMS), the American Association for Advancement of Science (AAAS), the American Geophysical Union (AGU), and an honorary fellow of the Royal Society of New Zealand Te Apārangi. In 2000 he received the Jule G. Charney award from the AMS; in 2003 he was given the NCAR Distinguished Achievement Award; in 2013 he was awarded the Prince Sultan Bin Abdulaziz International Prize for Water, and he received the Climate Communication Prize from AGU. In 2017 he was honored with the Roger Revelle medal by AGU. He edited a 788 page book Climate System Modeling, published in 1992, and his new book, also by Cambridge University Press, was published in 2022:

The total publications (June, 2022) is 71 books or book chapters, and 293 journal articles, 23 Tech. Notes, 117 proceedings or preprints, and 87 other articles, plus four videos, for a total of 591 publications plus 4 videos, and many blogs and podcasts. On the Web of Science, there are 50,545 citations and an H index of 99 (99 publications have 99 or more citations). On Google Scholar, there are > 119,000 citations and an H index of 129 (or 85 since 2017). He has given many invited scientific talks as well as appearing in a number of television and radio programs and newspaper articles. From 1996 until 2017 he is ranked first in the number of highly cited papers published out of all 223,246 published environmental scientists.

Kevin Trenberth has been prominent in all aspects of climate variability and climate change research and is a leader in the Intergovernmental Panel on Climate Change assessments and in the World Climate Research Programme. Recently his primary research has focused on the global energy and water cycles and how they are changing.

Kevin Trenberth, 2011 on attribution of extremes to climate change

His work mainly involves empirical studies and quantitative diagnostic calculations. Trenberth is a primary advocate for the need to develop a climate information system that is an imperative for adaptation to climate change. However, Trenberth has published on many topics and is highly cited. He has evaluated many datasets and been the primary promoter of the need to reanalyze global data into fields in ways that meet climate requirements for continuity and consistency. He has determined the mass of the atmosphere as a fundamental physical quantity and how it varies as water vapor varies, and utilized the conservation constraint to evaluate datasets. 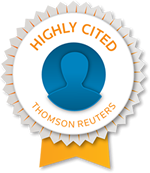 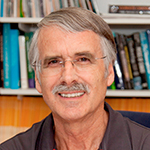